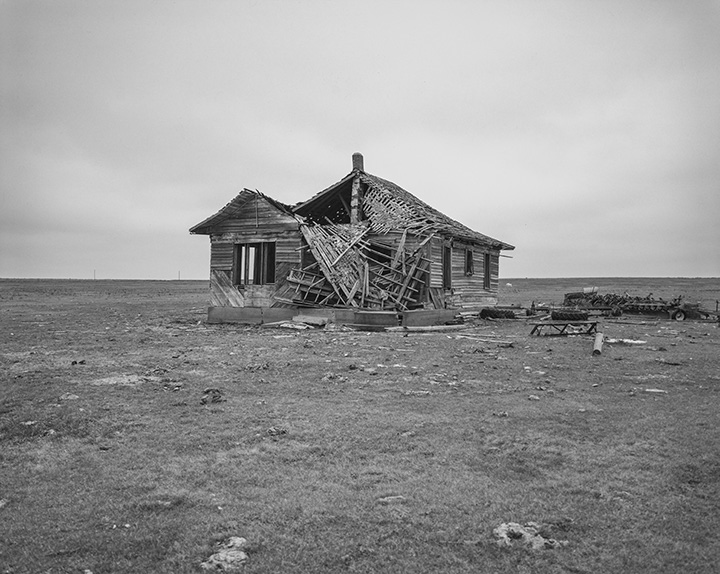 In 2002, Lee developed a passion for photography and dedicated himself to pursuing the medium as a creative profession. Since that time, Lee has immersed himself in the art of pre-digital photography. His photos capture the haunting remnants of the past, often starkly juxtaposed against the enduring landscape. 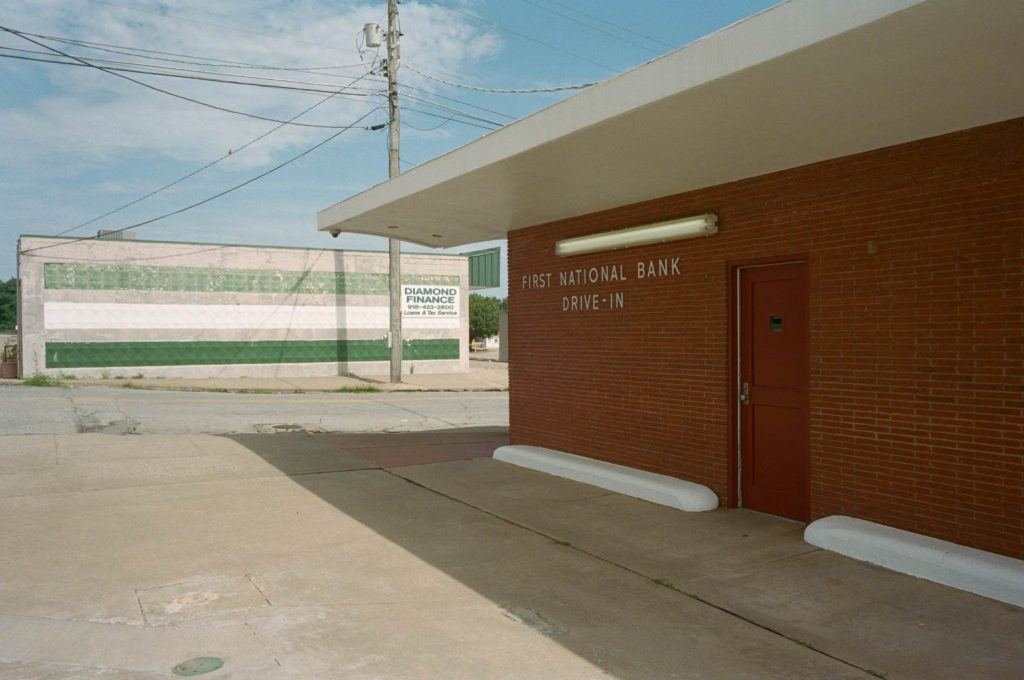 Lee says, “Since my first photographic outing in 2006 in my native California, where I explored a more rural, perhaps neglected face of the state, and the many subsequent outings zigzagging through the West Coast, the Southwest and Texas, I remain fascinated by these American scraps, by evidence of cancellation and departure, and the environmental contradictions that make up our collective everyday view. These conflicts, at once strange and beautiful, this is where the questions are. It’s then and now splitting time, man and nature pushing up against each other, and progress forever forcing itself on the contented. And somewhere in the middle you make pictures. While Oklahoma wasn’t on my radar at the time as a place to explore, I consider the series not only a necessary and uniquely comprehensive chapter to my ongoing documentation of this America, but a fitting extension of the Texas series before it. ”

In early 2017, Lee was invited to Philbrook to view a new exhibition of works by rediscovered photographer Lusha Nelson. During that trip, Lee gifted a selection of prints to the Museum’s permanent collection and met with museum curators and Philbrook Director Scott Stulen about a possible collaboration. The conversations continued over subsequent months and the idea was born to create a new body of work focused solely on Oklahoma for Lee’s first solo museum exhibition to be held at Philbrook’s contemporary satellite location, Philbrook Downtown.

“This project is the culmination of over two years of work that began with a brief visit to Philbrook and grew into a major solo exhibition,” says Philbrook Director and exhibition curator, Scott Stulen. “While highly personal and subjective, these images speak to a universal American experience, framing subtle scenes of the ubiquitous landscape that surrounds our everyday life. These images could be anywhere and are everywhere. This is where Jason Lee’s Oklahoma and ours entwine. The images slow us down, if only for a moment, to recognize the contradictions all around us that our daily commutes make impossible to see.” 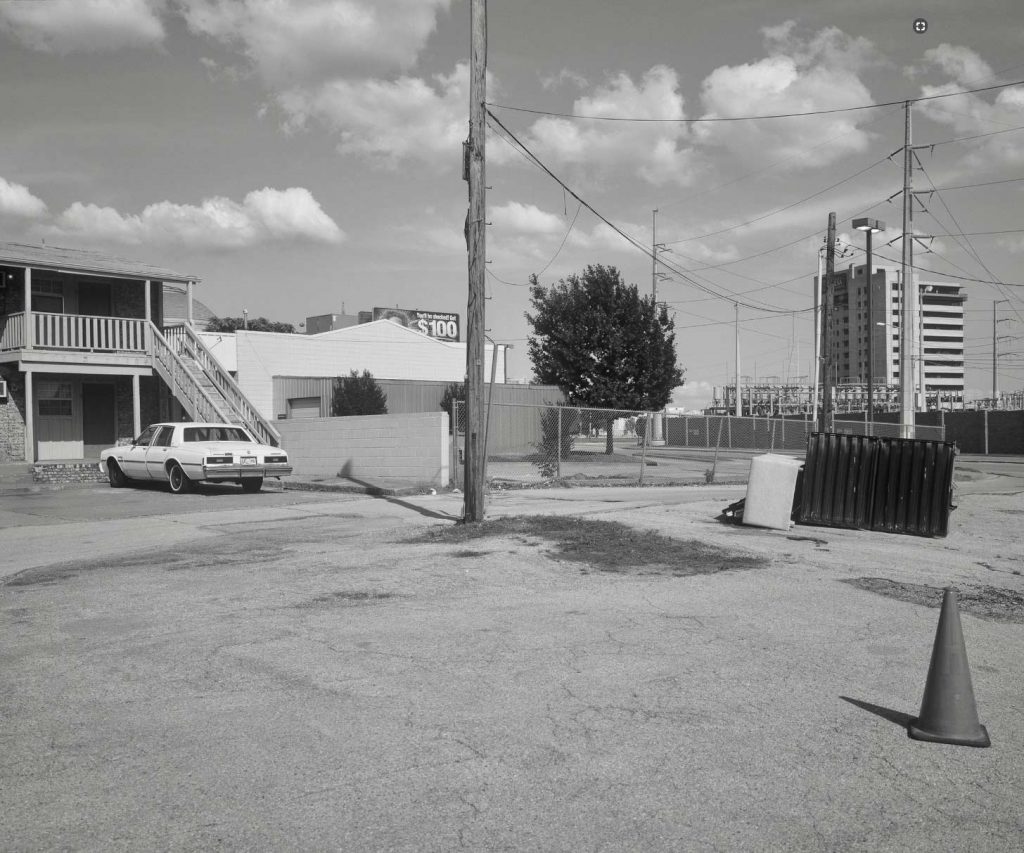 In addition to the exhibition itself will be the release of a special edition issue of Refueled magazine highlighting the making of the series and a short behind-the-scenes documentary filmed by Lee’s teenage son who accompanied him on portions of the Oklahoma road trips. An official exhibition companion book will be released at the end of 2019.

A native of Southern California residing in Texas since 2015, Jason Lee is a film photographer, actor, and director. Having established a successful career as a professional skateboarder during skateboarding’s pivotal late 80s and early 90s period, Lee would go on to pursue acting in 1994, which would lead to working in film, television, and voiceover, and with such directors as Kevin Smith, Cameron Crowe, Lawrence Kasdan, and Rebecca Miller. Despite retiring from skateboarding in 1995, Lee continued co-managing Stereo Skateboards with co-founder and former professional skateboarder Chris Pastras. In 2018, the two longtime friends celebrated the company’s 26-year-anniversary.

In 2002, Lee developed a passion for photography and dedicated himself to pursuing the medium as a creative profession. His photographic works have since been featured in multiple group and solo exhibitions, magazines, and two sold-out books; a 2016 special limited edition hardcover issue of Texas-based Refueled magazine, featuring a selection of his American instant film photographs from 2006-2016, and A Plain View, a 2018 book of large format color film photographs made throughout Texas in 2017. A Plain View marked the debut publication for Film Photographic, an Instagram film photo sharing platform and photography book publisher founded by Lee in 2015.