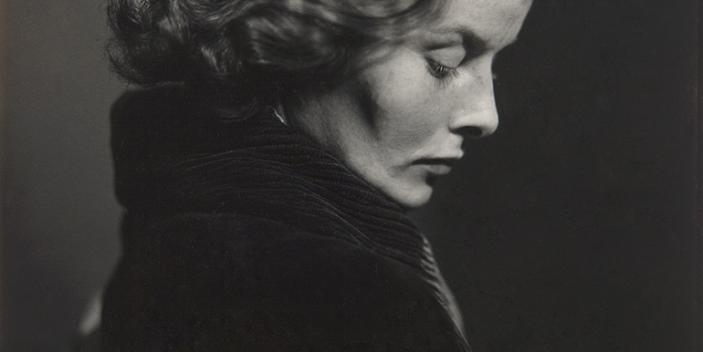 Tulsa, Okla. (January 9, 2017) A recent acquisition of over 4,000 photographs by 1930s Condé Nast photographer Lusha Nelson has led Philbrook Museum of Art into a 10-year research and exhibition initiative to tell his untold story. This lost archive was purchased from a New York City estate sale in the early 1980s, moved across the country, and disappeared into private hands for over three decades before transferring to Philbrook. With little written on this successful young photographer who died scarcely six years into his career, Chief Curator Catherine Whitney and Curator of European Art Dr. Sarah Lees have embarked on an ambitious multi-year effort to introduce Lusha Nelson and his work to a 21st century audience. The first-ever solo exhibition of his work, debuting in Tulsa on February 5, 2017, focuses on this virtually unknown figure whose diverse portfolio includes subjects like Katharine Hepburn, Jesse Owens, Alfred Stieglitz, circus performers, socialites, and everyday Americans living during the Great Depression.

Born in Riga, Latvia in 1907, Lusha Nelson immigrated to the United States at the age of 15. He worked in various positions during his late teens and early 20s including as a sous-chef in a Catskill Mountains resort where he met his wife, Irene. Nelson had earlier considered becoming a painter, but found his true passion in photography, inspired particularly – as his wife later suggested – by films like Sergei Eisenstein’s October: Ten Days that Shook the World (1928), an account of the Russian Revolution. He purchased his first camera in the late 1920s before ultimately cementing his career as staff photographer with Condé Nast Publications by the fall of 1932. There he worked and socialized with some of the most important photographers of the day, including Alfred Stieglitz and Edward Steichen. Nelson died in May 1938 at the age of 30 following a long illness.

The Philbrook collection includes his self-proclaimed “first photograph with any camera” as well as dramatic shots of celebrities, circus performers, fashion advertising, and more. His powerful, straightforward style as both a commercial and documentary photographer prompted Nelson’s mentor Steichen to write in an article that Nelson “did not try to interpret his subject, he simply photographed” it. His wife echoed this sentiment in 1941, writing, “Although wanting to earn a livelihood through his photography, he would never capitulate to his sitters in the way of retouching or prettifying.” This realist approach in the 1930s centered on documenting his world rather than altering images brings new perspective to the 21st century cultural discussions on the moral use of Photoshop in publications as it pertains to personal body image or even the social media phenomenon “#nofilter.”

“Nelson’s distinctive style was uncompromising – he didn’t use typical retouching techniques of the day,” commented co-curator Lees. “The power of the images is in their simplicity – as an artist, he’s not trying to flatter the sitter and, at the same time, he captures the drama of every day. Even after 80 years, his photos have a freshness and immediacy, offering a new perspective on the 1930s.”

“Reintroducing an artist and his work to the public after nearly a century is such a rare opportunity,” noted co-curator Whitney. “Why are these images ‘lost’? The artistry and this artist deserve attention and we have the opportunity to not only discover the art but also discover the artist and, most importantly, share both with the world.”

“His story is simply fascinating,” reflected Philbrook Director Scott Stulen. “He’s living in New York waiting tables before ultimately landing a job as a photographer for Vogue and Vanity Fair magazines. He’s completely committed to his craft taking thousands of photos in less than 10 years covering a wide range of subjects: Hollywood celebrities to the forgotten people of 1930s America. This acquisition and subsequent 10-year research initiative gives us the opportunity to introduce this exceptional photographer to the world.”
The first exhibition of this project strives to introduce Nelson and celebrate the rich range of his work by exploring his distinctive vision of 1930s America.

About Philbrook
Rooted in the beauty and architecture of an historic home gifted by the Phillips family in 1938, Philbrook Museum of Art has grown to become one of the preeminent art museums across the central United States. Highlights of the Museum’s permanent collection include Renaissance and Baroque paintings from the Kress Foundation, one of the greatest surveys of Native American art anywhere, American and Southwestern art, photography, and growing modern and contemporary collections. The Philbrook main campus spans 25 acres of grounds and formal gardens, and features an historic home, as well as a modern museum complex. The satellite location in downtown Tulsa showcases the Philbrook modern, contemporary, and Native American art collections, as well as the Eugene B. Adkins Collection and Study Center of Native American art.